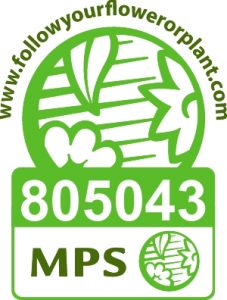 Horticultura Cantallops is a family business which began its work in 1994 with Norberto Orón Pischastor and his four children, Norberto, Daniel, David and Javier Orón Carbonell.

The company began its journey in Massamagrell, specifically in the area of  Cantallops, which gave the company its name. Initially, its production focussed on growing carnations for cut flowers, later moving on to produce different crops such as Pothos, Cissus, Schefflera, Ficus, Weeping fig, etc…After acquiring another nursery in the town of Puig, the management was passed over to Norberto, Daniel and David, although there is another generation getting ready to continue the family business.

Today, there are three centres of production: in Masamagrell, in Puebla de Farnals and in El Puig. In total the production area takes up 20,000 m2 of indoor space and around 27,000 m2 of outdoor space. In it, a wide variety of ornamental plants are grown, such as Chrysanthemums, Kalanchoe, Begonias or Sunflowers indoors, and different varieties of Dianthus, Cannnas or aromatic plants outdoors. The production of seasonal flowers is also important, such as Poinsettias or Chrysanthemums for All Saints Day.

In total, Horticultura Cantallops offers almost a hundred ornamental varieties, producing almost 2.5 million plants each year in total, its star products being basil (all year round), Dianthus ‘Pink Kisses’ (in spring) and aromatic plants like Rosemary and Lavender (in summer).

The company employs more than 20 qualified professionals and two technicians who are experts in production and quality control, as well as a sales team aimed at both national and international markets.

A walk around Horitcultura Cantallops